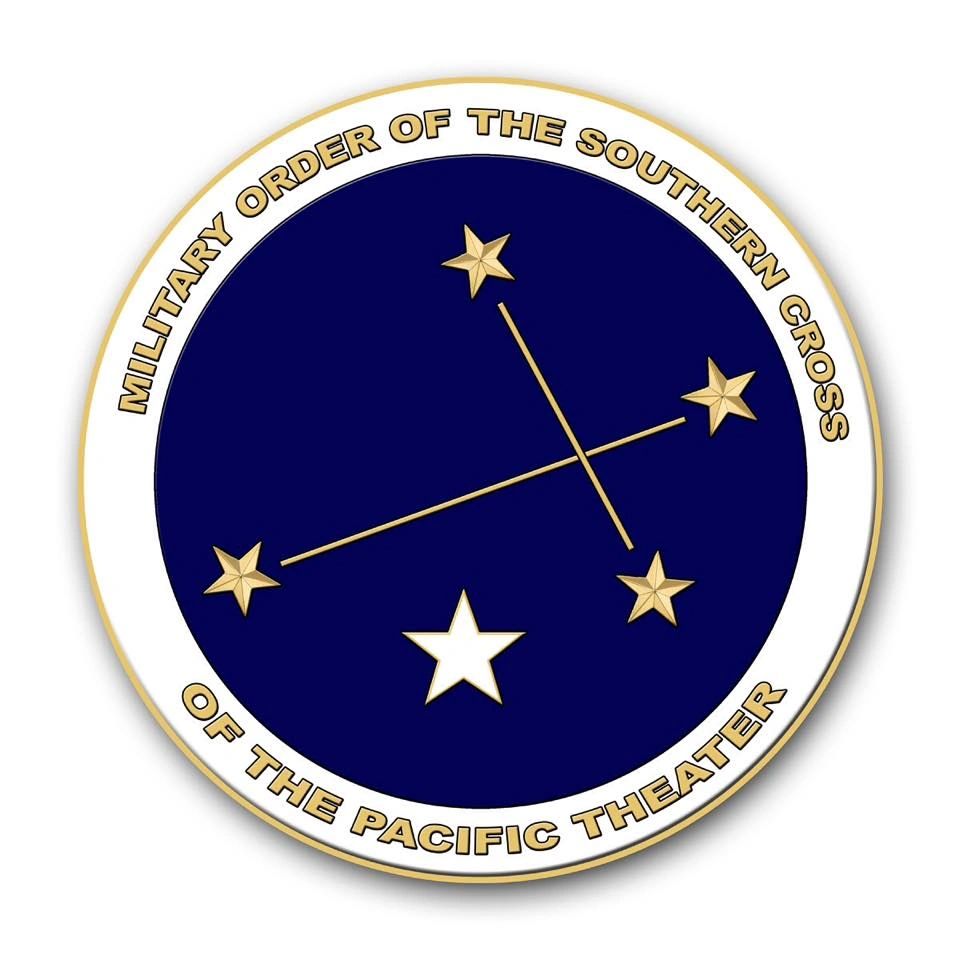 Do you have a desire to honor your ancestors? Would you like to learn more about the history of World War II in the Pacific? Do you have an interest in hereditary Societies?

History of the Order

In early 2017, Jane Routt Power of Texas and Alexander Bannerman of West Virginia discussed the establishment of the Military Order of the Southern Cross in the Pacific Theater (“MOSCPT”). Their idea was borne out of the former existence of what might be termed its predecessor society, the International Military Order of the Southern Cross. That Order had been established in 1992 but fell into abeyance with the death of its founder some 20 years later. Unfortunately, its records were lost.

Discussions continued and in 2018, bylaws were adopted for the new Order, whose purpose is to focus on the honoring of those American men and women who participated in the war effort by specifically serving in the Pacific Theatre (south of the Tropic of Cancer). In the spirit of honoring not only our ancestors who served but also the former existence of the old Order, MOSCPT developed similar insignia and emblem designs and focuses its membership requirements in much the same way, thus recognizing and revitalizing the purpose of the original society. Within a short time after its establishment, MOSCPT was successful in identifying most of the living members of the former society and invited them to join. Several accepted. Within the first year of its existence, MOSCPT welcomed over 40 members. By the end of 2019, membership had grown to nearly 60, giving credibility to the belief of the founders that there is, indeed, a renewed interest in recognizing the service of our Pacific Theater ancestors.

Rather than meeting in the “traditional” way by occupying a room business, a speaker, and a meal, MOSCPT holds its annual meeting online through a series of e-mail notifications. In this way, the brief business of the Order can be conducted effectively, and the offering of insightful and educational online history-focused videos relevant to the service of our men and women in the Pacific Theater during World War II can take the place of a speaker. Additionally, while a great majority of American lineage societies conduct their annual meetings in Washington, DC, each year in April, MOSCPT holds its annual meeting on December 7, in deference to the anniversary of the bombing of Pearl Harbor, the involvement of the United States in World War II in the Pacific, the loss of so many American servicemen and women. Per its bylaws, however, the Order also may conduct its meetings in person, if desired.

Copyright © 2020 Military Order of the Southern Cross in the Pacific Theater - All Rights Reserved.